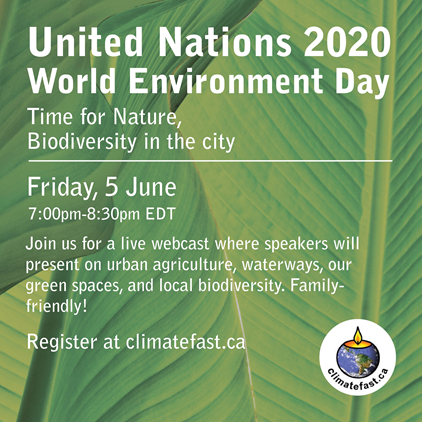 Speakers will present on urban agriculture, waterways, our green spaces and local biodiversity. Family-friendly! First 30 minutes will include songs and stories suitable for ages 8 and up. 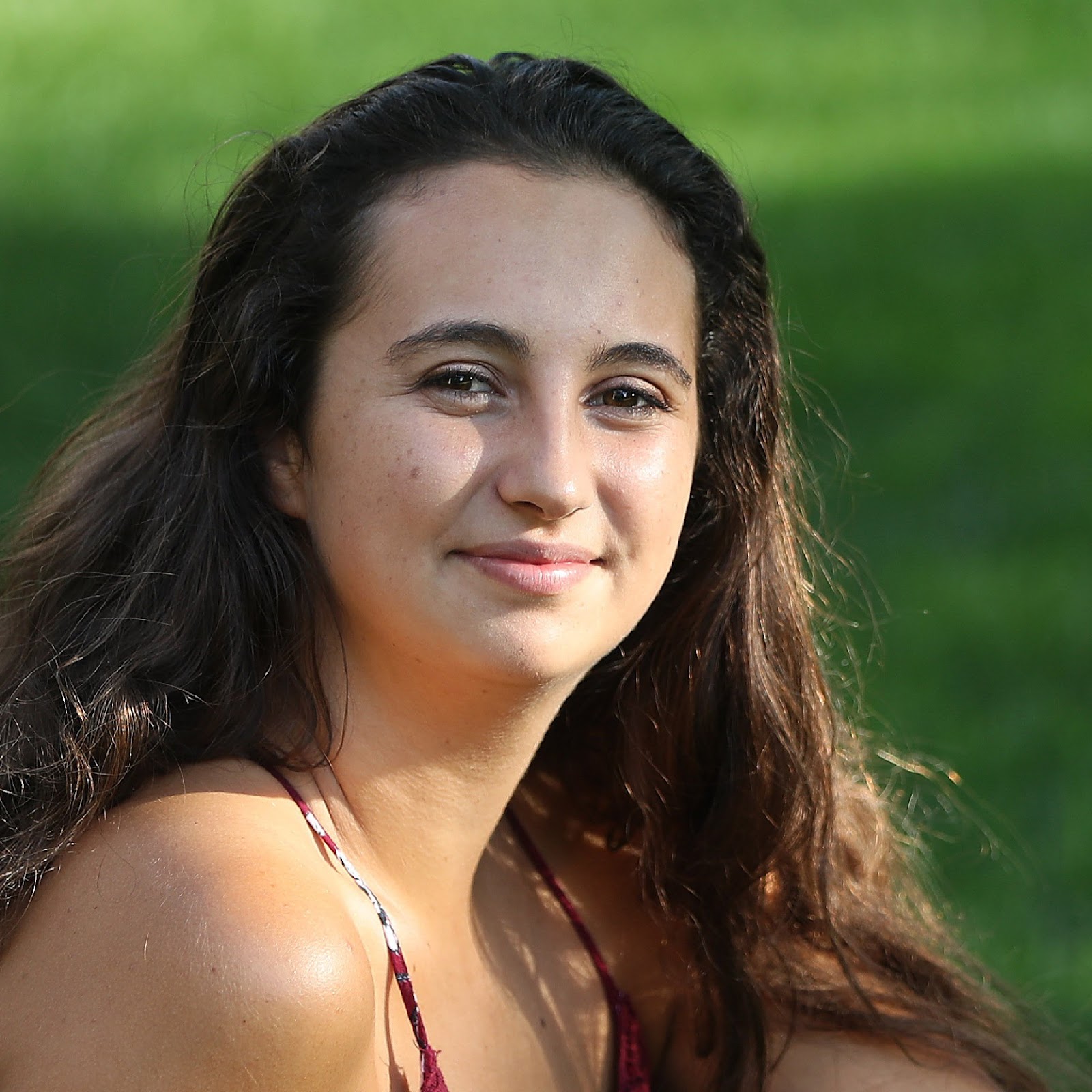 Aliénor (Allie) is an Economics and Public Policy student at the University of Toronto. She has been an environmental and human rights activist since the age of 10, and has been passionate about sustainability and climate justice since high school. In January 2019 she took on the role of coordinator for the Fridays for Future movement in Toronto. Fridays for Future is a worldwide movement where students have been striking and protesting to demand bold climate action from all levels of government. Allie has been recognized for her work by the Canadian Voice of Women for peace with the Kim Phuc Youth Award, Toronto Post Magazine in “20 under 20” and Corporate Knights “30 under 30”. 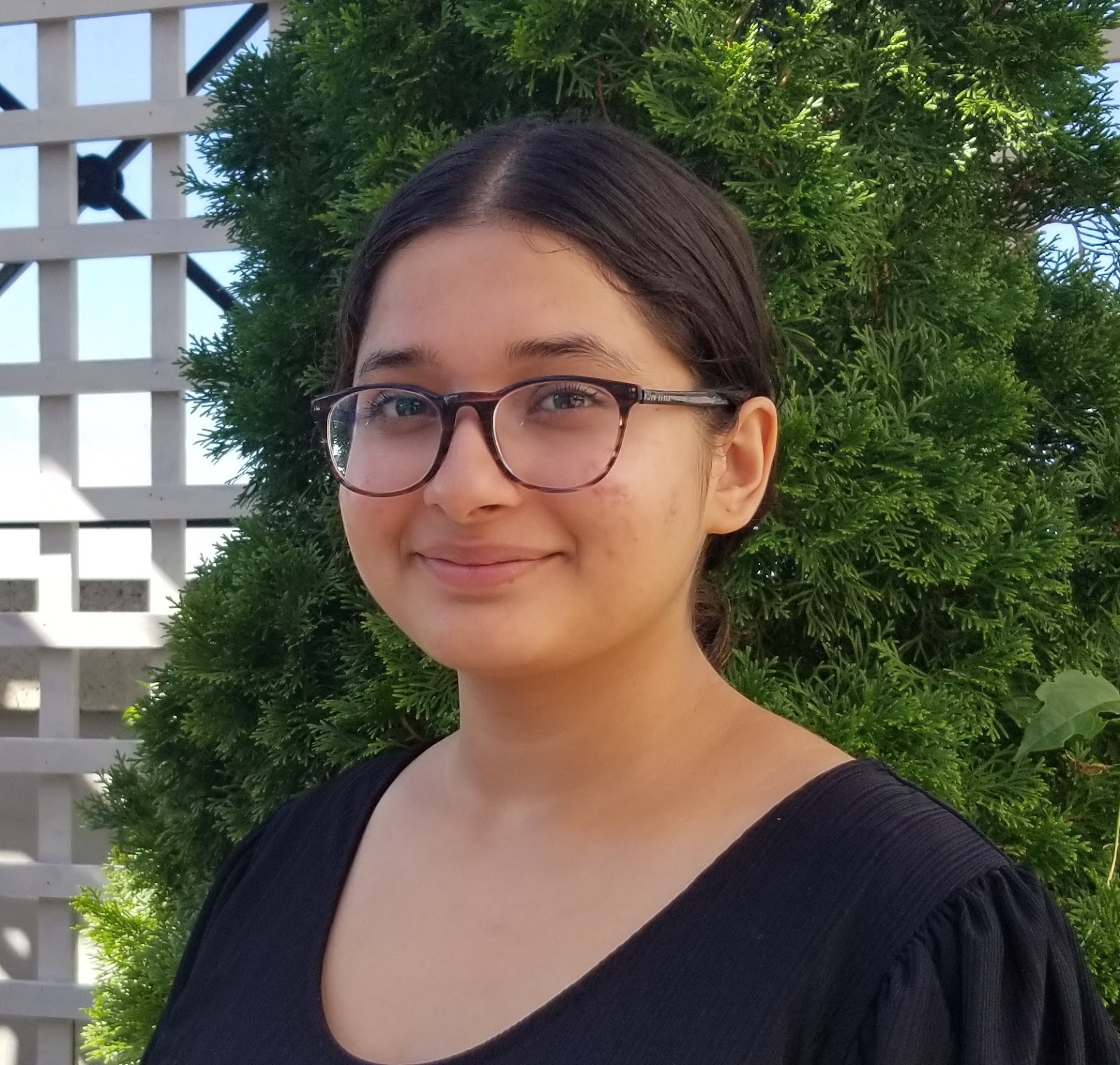 Aminah is an undergraduate student studying political science and environmental studies at the University of Toronto. From a very young age, Aminah has been engaged in social justice issues impacting women and young girls. She has acted as the Sustainability Commissioner for her student union, VUSAC, over the past year and currently she acts as the Weekly Strikes Coordinator for Fridays for Future Toronto. She has shown up every Friday from October 2019 till March of this year in front of the Ontario Legislature to demand climate justice and she hopes that with all the work happening towards bettering the environment the voices of the most vulnerable will be prioritized. 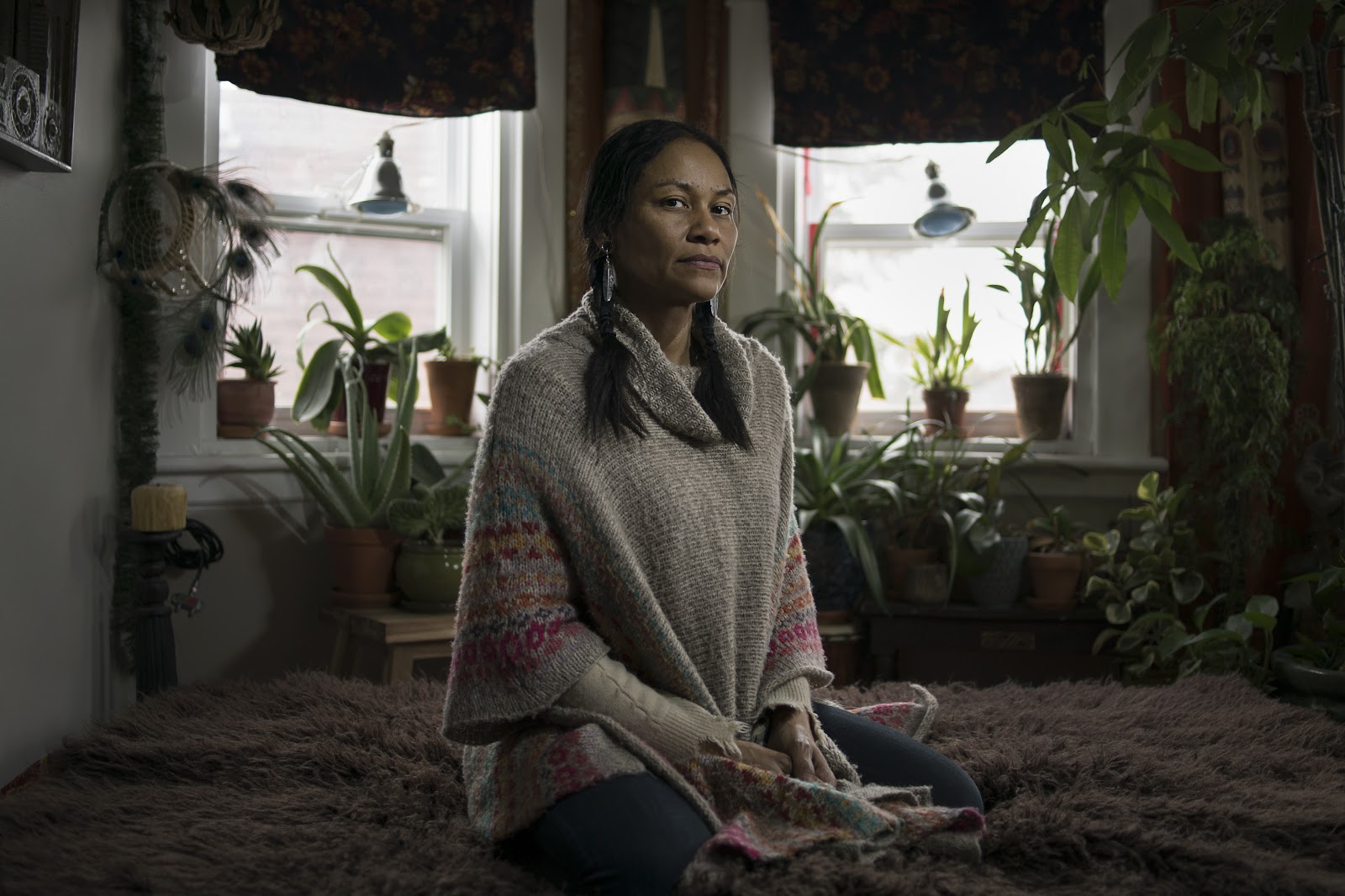 Carolynne Crawley is a Mi'kmaw woman with mixed ancestry from the East Coast known today as Nova Scotia. She is dedicated to social and environmental justice including supporting Indigenous rights. Carolynne has worked with one of Canada’s largest food security organizations for the past decade. As the Indigenous Food Access Manager, she worked with James Bay remote communities to increase access to affordable and healthy foods, developed a cross cultural youth program focusing upon the Indigenous way of being in relationship with land, and organized a province wide Indigenous Food Sovereignty Gathering that included ceremonies and networking opportunities. Previously, Carolynne worked in the mental health sector for twenty years as a Child & Youth Worker. Currently, Carolynne operates her own business, Msit Nokmaq, which focuses upon decolonizing current interactions with the land, self and others to build healthy and reciprocal relationships. Her work includes facilitating the Kairos Blanket Exercise which educates non -Indigenous people of Canada about the history of land theft and genocide of Indigenous peoples. Carolynne is passionate about sharing teachings from the land, knowledge of traditional/survival skills and emergency preparedness. She is also a Registered Holistic Nutritionist. 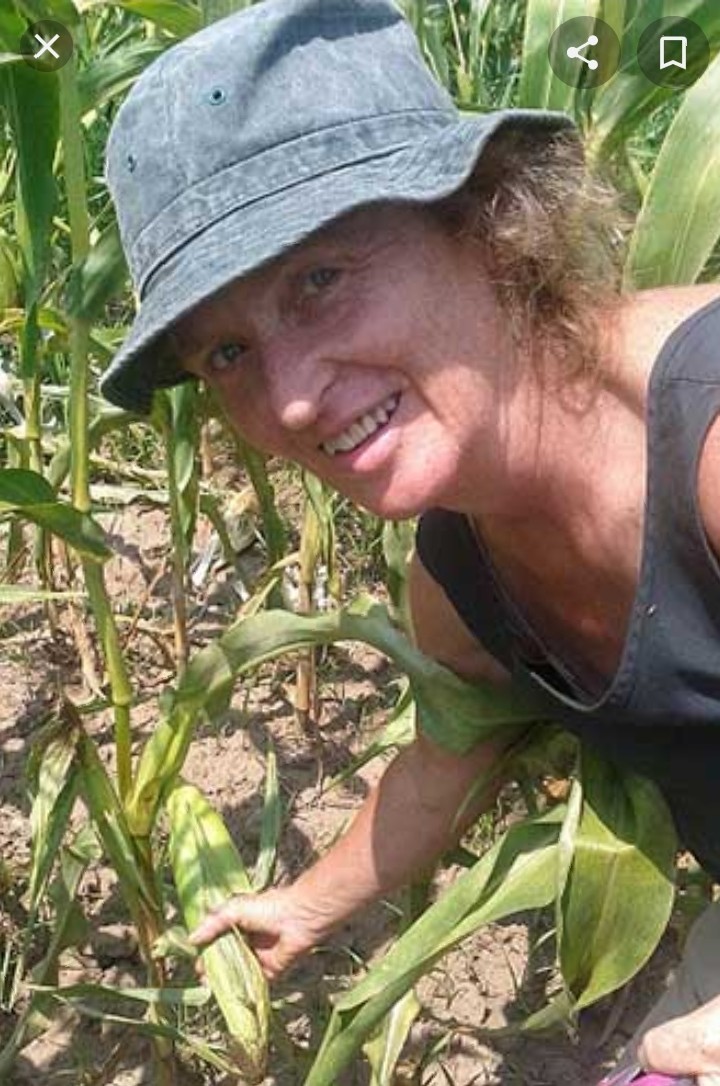 Sunday Harrison is the founder and Executive Director of Green Thumbs Growing Kids, a community-based non-profit organization based in downtown Toronto east neighbourhoods. An experienced gardener, with a background in Landscape Architecture, Environmental Studies, and Environmental and Sustainability Education, she’s passionate about garden-based learning and children’s access to the natural world and healthy fresh food. She is unlearning white supremacy and colonialism, and is learning gratitude and respect. 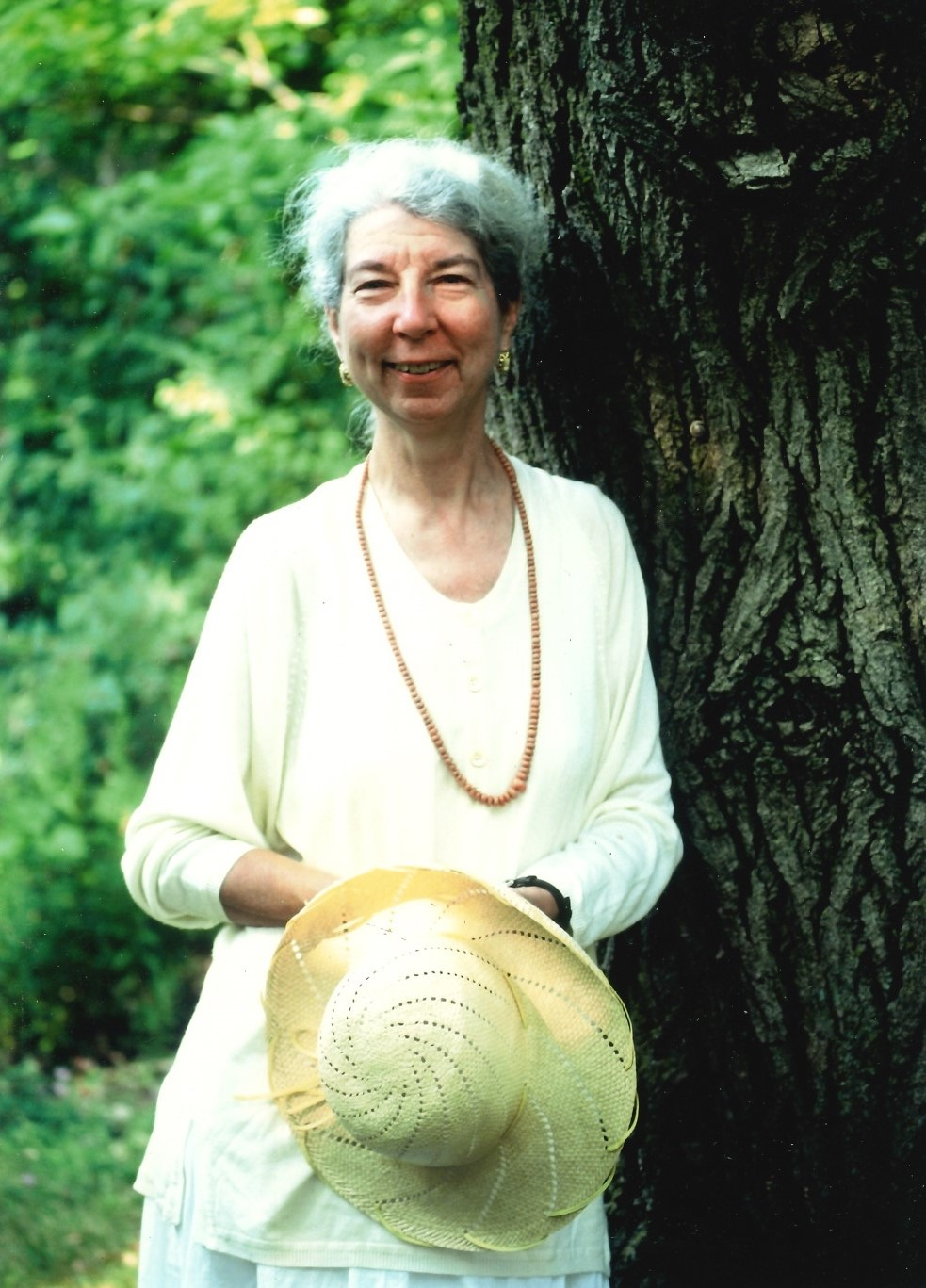 Madeleine McDowell has a passion for the Humber River prompted by childhood outings in a cedar strip canoe. She's known as a tree whisperer who tells us what a tree would say if it could talk, calling them "living, breathing witnesses of our heritage.” Over the decades, she has given countless walks and presentations and received many awards, including one from Toronto and Region Conservation Authority for her hand in the designation of the Humber as a heritage river. 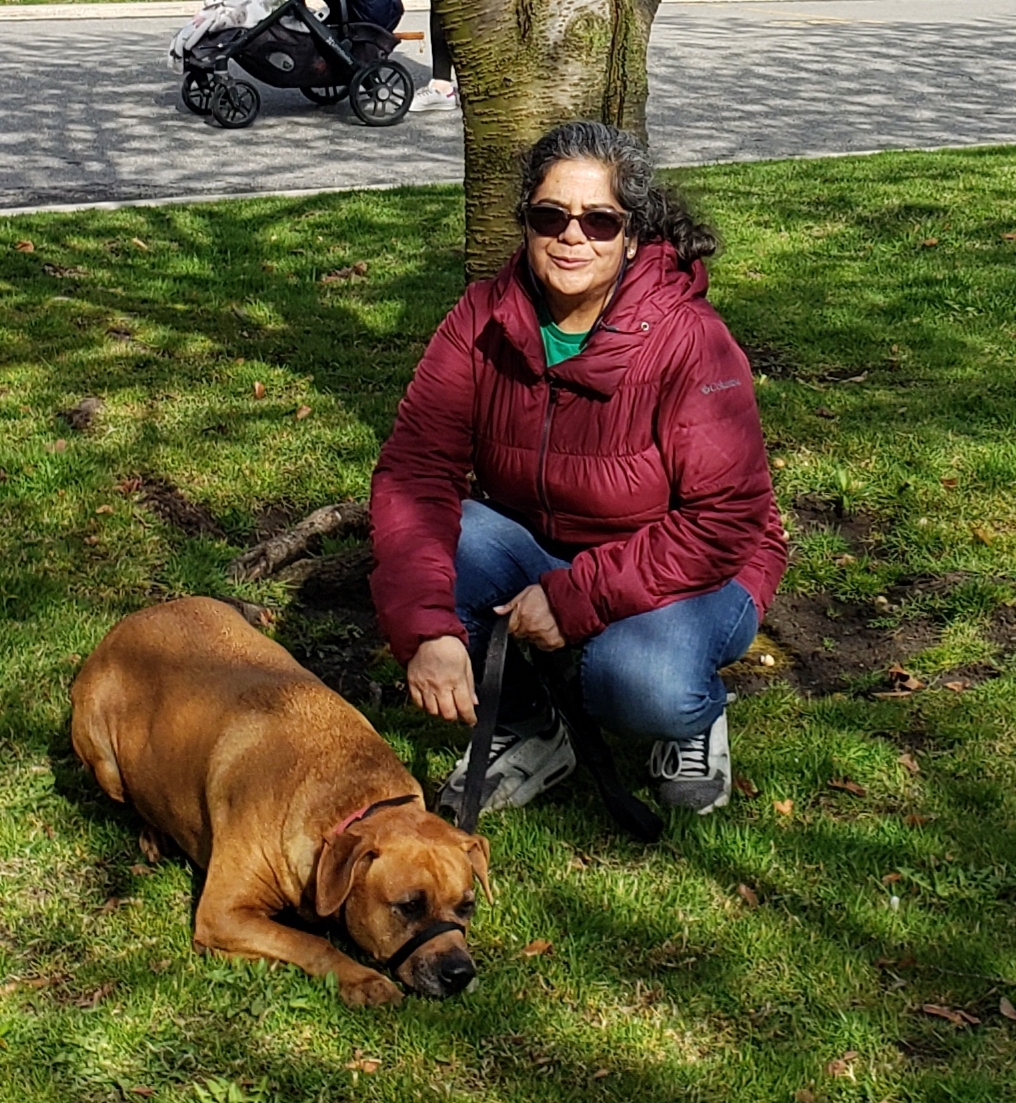 Ambika Tenneti, Rivers Rising project of Toronto Green Community: Ambika is a PhD candidate in the Daniels Forestry at the University of Toronto. Her research is focused on engaging recent immigrants in urban forest stewardship. In India she worked in the environmental sector as a journalist, educator, and consultant. She has engaged rural and urban youth with local environmental issues. Her understanding of human-nature relations deepened while working with indigenous forest dwelling communities and visiting their villages and forests. Since moving to Canada she has engaged with Toronto’s natural environment as a volunteer for several organisations. She is the Outreach and Engagement Coordinator for Toronto Green Community’s Rivers Rising program and organises and leads walks for diverse groups. 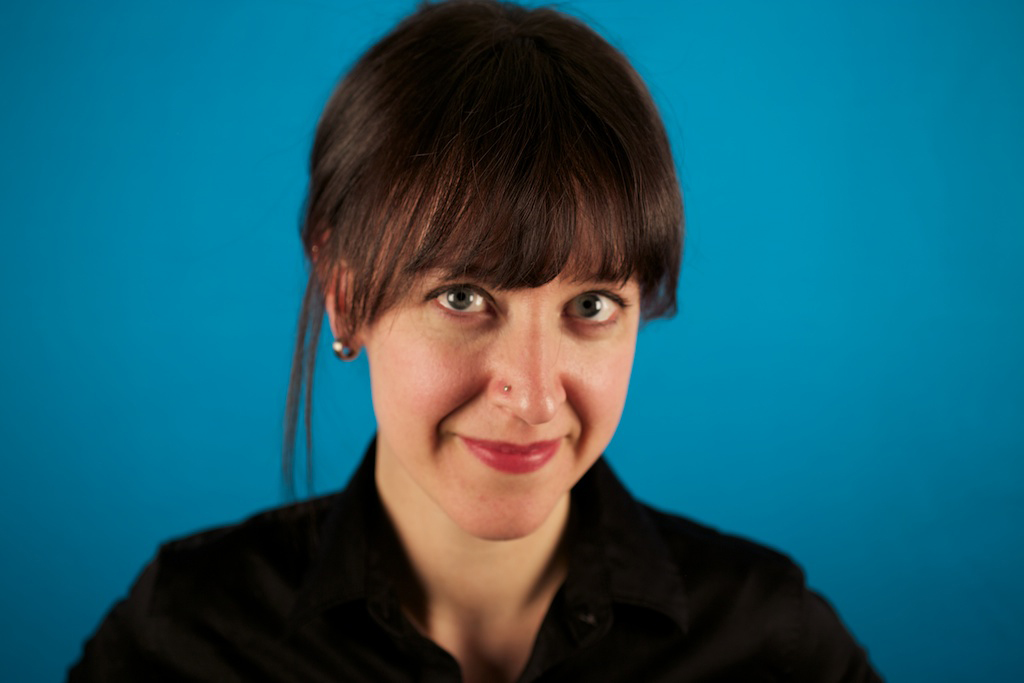 Krystyn Tully is the Vice President and co-founder of Swim Drink Fish Canada, home of Lake Ontario Waterkeeper, Swim Guide, and other water protection programs. She has over 20 years experience connecting and supporting people who work to restore swimmable, drinkable, fishable water. Her favourite projects blend technology, storytelling, and an appreciation for nature to connect people with water. 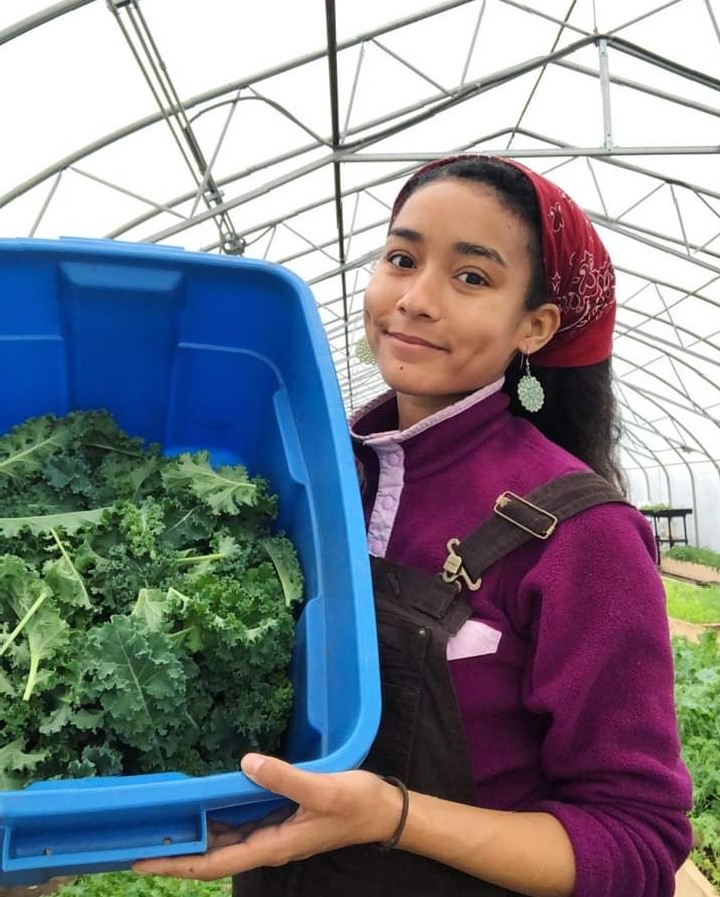 Cheyenne is a farmer and the founder of Sundance Harvest. She likes growing food because of the independence it brings her and her community. She is a self-taught farmer out of necessity due to the lack of anti-oppressive and food justice farm orientated schools in Ontario. Cheyenne is a food and community justice advocate who teaches urban farming "by us, for us, for sustenance." She has extensive skills in workshop facilitation from students to board members. She aims to grow more than food, growing people’s ability to hold space within themselves emotionally on the land and blossom a lifelong connection with growing food, the earth and themselves. "Those most marginalized in the food system must be in leadership positions for true food justice." She sells her organic produce online and at the Dufferin Grove Farmers Market, and in 2020 initiated the "Liberating Lawns" yard sharing project seeking to match prospective food growers with landholders so that their lawns can be liberated! Website: 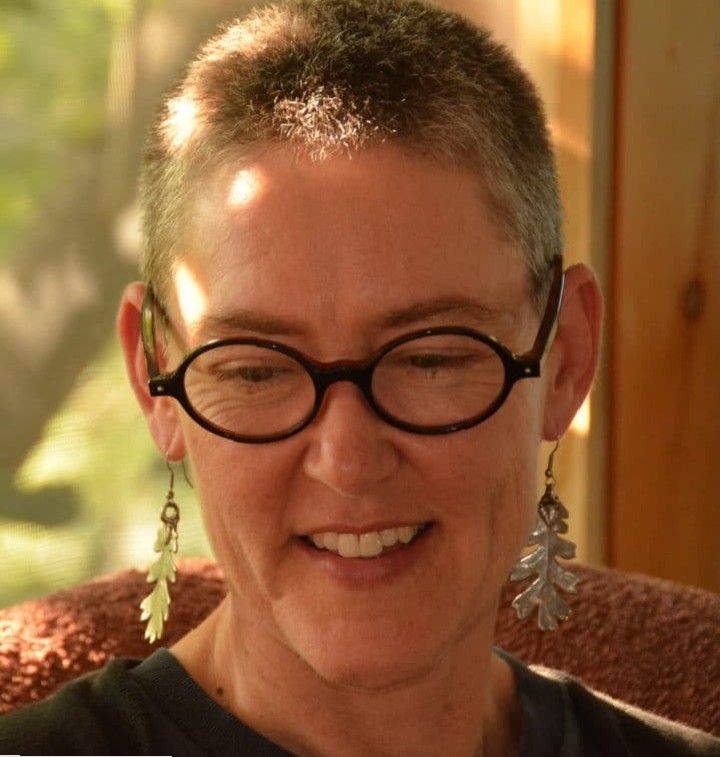 Lorraine Johnson is the author of numerous books on gardening and environmental issues, including 100 Easy-to-Grow Native Plants for Canadian Gardens; Tending the Earth; The New Ontario Naturalized Garden; Grow Wild; and City Farmer: Adventures in Urban Food Growing. A past president of the North American Native Plant Society, active in the community gardening movement, and an advocate for backyard hen-keeping, Lorraine is currently co-writing a book on native plants and native pollinators. She believes that cultivating plants is an important way to build relationship with all life, and to participate in changing the world for the better. 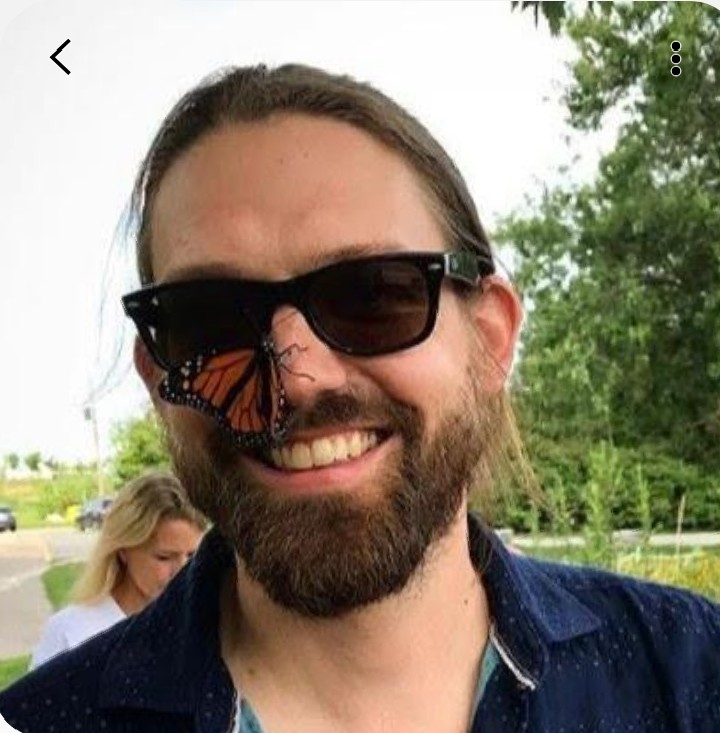 Colin Love has been a leader in the environmental education field within the Greater Toronto Area (GTA) for almost 20 years. He currently leads Toronto and Region Conservation Authority’s (TRCA) Community Learning team in Toronto, including the animation of Tommy Thompson Park (Leslie Street Spit) and The Meadoway. Colin is the Executive Director of the Green Neighbours Network of Toronto, the Founder of Secondhand Sunday and a Partner with Brooks Love Big Picture. Colin completed his MEd from York University with a research focus on ecological literacy, social media and teacher training. He earned his HBSc from the University of Toronto and his BEd from Queen’s University with a specialty in Outdoor and Experiential Education. Colin is a husband and father of two who, big surprise, loves to spend time outdoors with his family and friends.

Néo Givord-Serrano is an 11 year old singer-songwriter and climate activist who has been singing and performing for over 5 years with various groups including the Toronto Children’s Chorus and a rock n’ roll trio called “9,10,11” through the Palmerston Music Factory under Suzy Wilde’s leadership. Cassie Norton is a singer-songwriter and climate activist. She believes that music is a powerful tool capable of providing us both with the strength we need to make massive changes and the resilience we will need to live through those changes in the years to come. Cassie and Néo met at a Climate strike in March of 2019 and have been collaborating ever since. 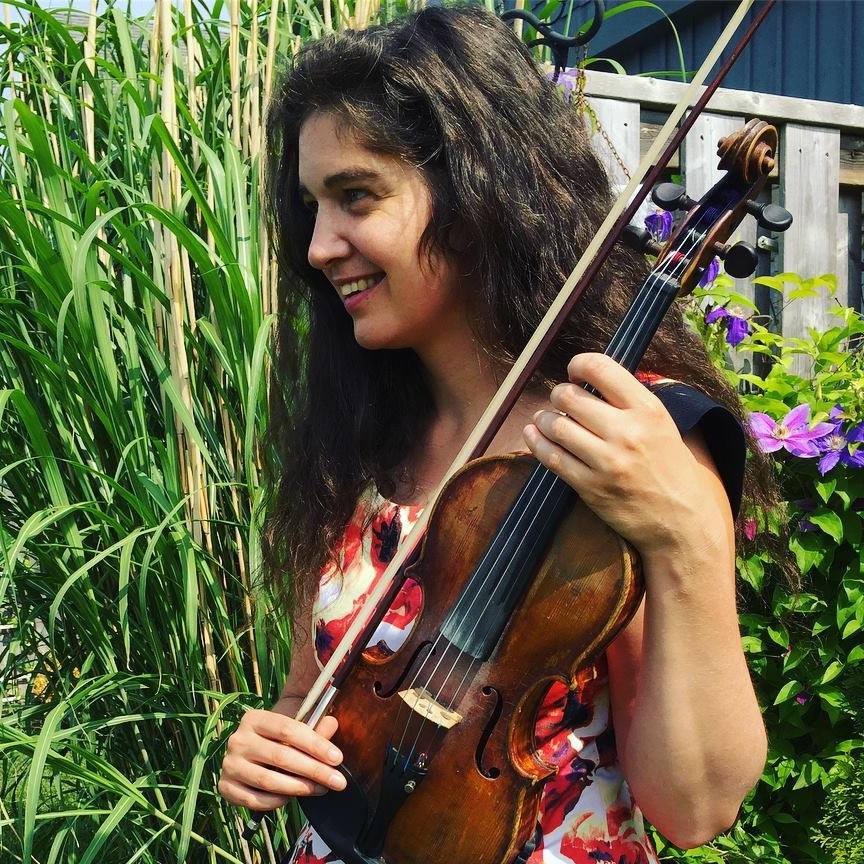 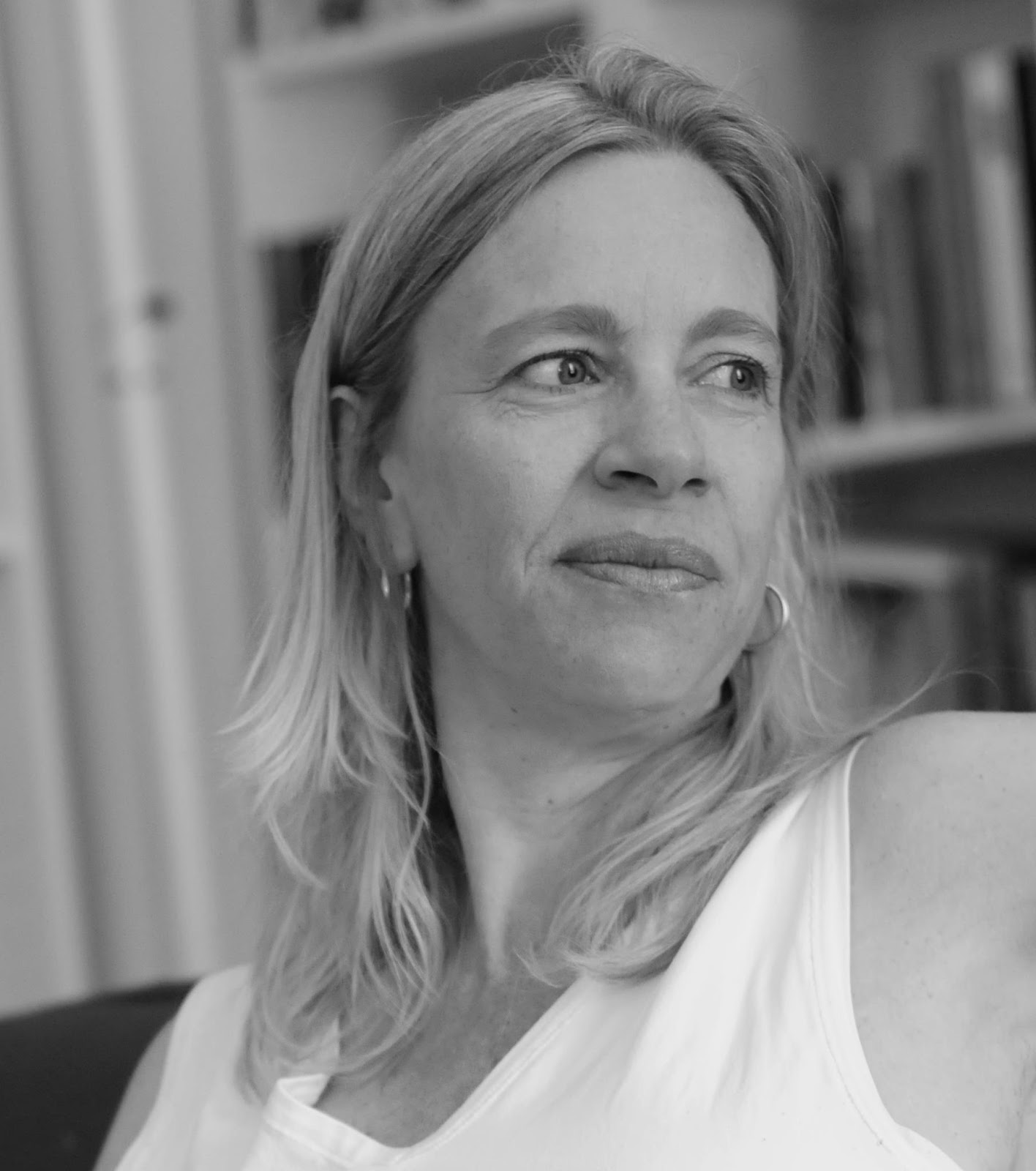