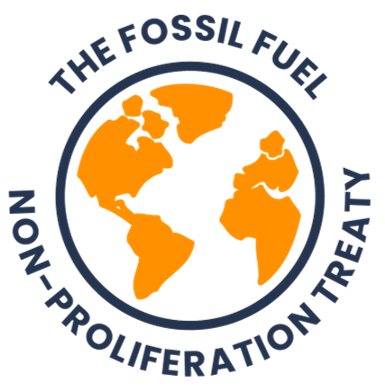 We have whole-heartedly endorsed the Fossil Fuel Non-Proliferation Treaty (FFNPT) and helped to organize the Toronto FFNPT campaign, along with our partners MobilizeTO and Fridays4FutureTO.  Our aim was to have Toronto City Council endorse the treaty, and to ask the Canadian government to endorse the treaty and support its passage at the upcoming COP26 UN Climate Change Conference in November 2021. This was achieved on July 15, 2021. Lyn Adamson explains how in her blog "Growing the FFNPT one town at a time: our 10 step campaign strategy!"

View the recording of the launch of the Toronto FFNPT campaign on YouTube.

Many members of the Toronto Climate Action Network (TCAN) supported the FFNP Treaty.

Over 100 letters were received by City Council - you can see some of them here.

See photos and vide clips of volunteers from ClimateFast and Fridays for Future Toronto at the July 14th Day of Action.

Read the motion made by Mike Layton, Councillor, University-Rosedale at the July 15th, 2021 City Council Meeting.

Read our thank you letter to the Mayor and City Council

Read the August 6, 2021 op-ed in the Toronto Star: We restricted nuclear weapons. Now we must limit fossil fuels by Lyn Adamson.

Read the Aug 27, 2021 letter to the Toronto Star Editor: Leaders must get on board with the Fossil Fuel Non-Proliferation Treaty by Liz Addison.

Read more about the case for a Fossil Fuel Non-Proliferation Treaty.

Just as fifty years ago the world successfully negotiated a treaty to defuse the threats posed by the uncontrolled spread of nuclear weapons* the world today needs a Fossil Fuel Non-Proliferation Treaty to address the threat posed by fossil fuels. The Paris Agreement makes no mention of fossil fuels, the words oil gas and coal do not appear, so we need a clear statement of understanding that fossil fuels must go.

This Treaty is a big, bold idea calling for unprecedented international cooperation in 3 main areas:
1. Non-Proliferation – ending all new exploration and production of fossil fuels
2. Global Disarmament – phasing-out existing stockpiles in line with the 1.5ºC Paris goals
3. A Peaceful Transition – fast-tracking a just transition for every worker, community and country

The concept of a Fossil Fuel Non-Proliferation Treaty is beginning to gain significant traction globally. Already hundreds of groups around the world have endorsed the Treaty, including:

Based on the experience of similar multinational treaty efforts, such as the Treaty on the Prohibition of Nuclear Weapons, this proposal will need a groundswell of civil society support around the world to gain traction with governments and diplomats.

There’s been a number of great articles and papers written on the topic recently. This op-ed from Tzeporah Berman, this article in the Bulletin of the Atomic Scientists, and this paper from Peter Newell and Andrew Simms are all well worth reading for more context. ClimateFast has posted a blog by Sabeen Abbas on our website, and NOW magazine published this article by David Suzuki.