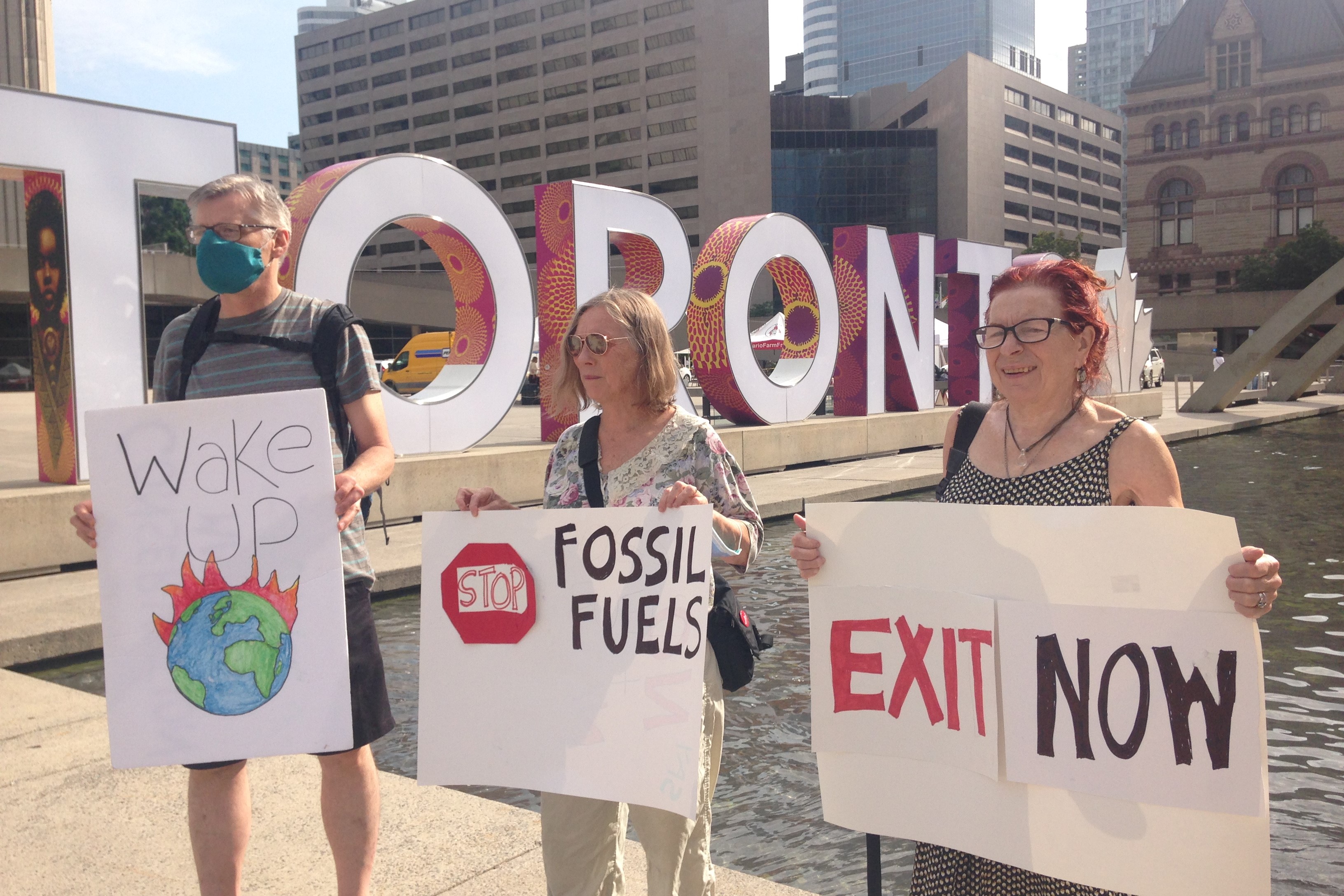 Read the media release.
Read the motion
Read our thank you letter to the Mayor and City Council

On July 15th Toronto City Council took a big step in response to the climate emergency by voting in an overwhelming majority to endorse the call for a FossilFuel Non-Proliferation Treaty initiative which takes aim at the source of 80% of global greenhouse gas emissions.

Thank you to all of you who wrote letters, made phone calls, met with Councillors and otherwise participated in this whirlwind one-month campaign that resulted in a historic victory. This is nothing short of a revolution.  To transition from being 80% dependent on fossil fuel energy to being 100% free of fossil fuel energy by 2050- and to meet the Intergovernmental Panel on Climate Change call for 45% reduction in this decade - 7.6% per year - is a huge transition, and we need everyone on the team.

We thank Councillors Mike Layton and Shelley Carroll for submitting the motion, and all the councillors and the Mayor who supported.  It passed 22 - 2. (only Ford and Holyday against, and Mantas and Minnan-Wong were absent).

A special appreciation to our colleagues in Fridays for FutureTO who joined us in meetings and in letters to all the councillor, and in our photo op, to Seniors for Climate Action Now for taking the initiative for a petition that garnered over 1000 signatures in just a few days, to our friends in MobilizeTO who took the lead with Councillor McKelvie, and Toronto East End Climate Collective who organized a crucial meeting with Councillor Bradford.

We continue to post the letters of support we received from organizations, academics and health professionals (CHASE, CAPE, and Dr. Jacob Pendergrast of UHN)  as well as faith and social justice organizations on our website

A big thank you to the 33 members of Toronto Climate Action Network whose vote to endorse on June 19th really gave our campaign momentum. We can now be an inspiration to the rest of Canada - and the world!  It is indeed time for a Fossil Fuel Exit!

Photos from the July 14th Day of Action 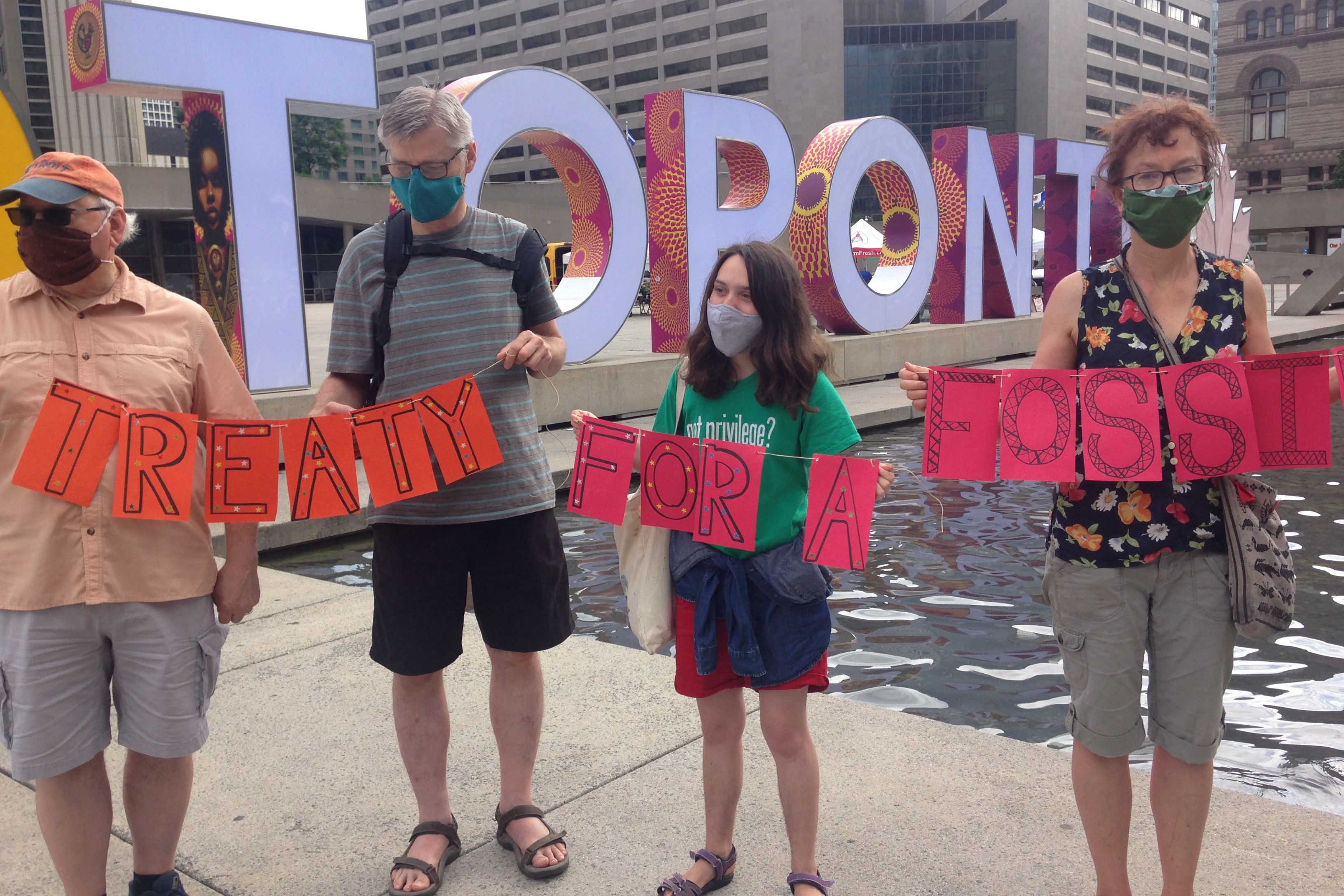 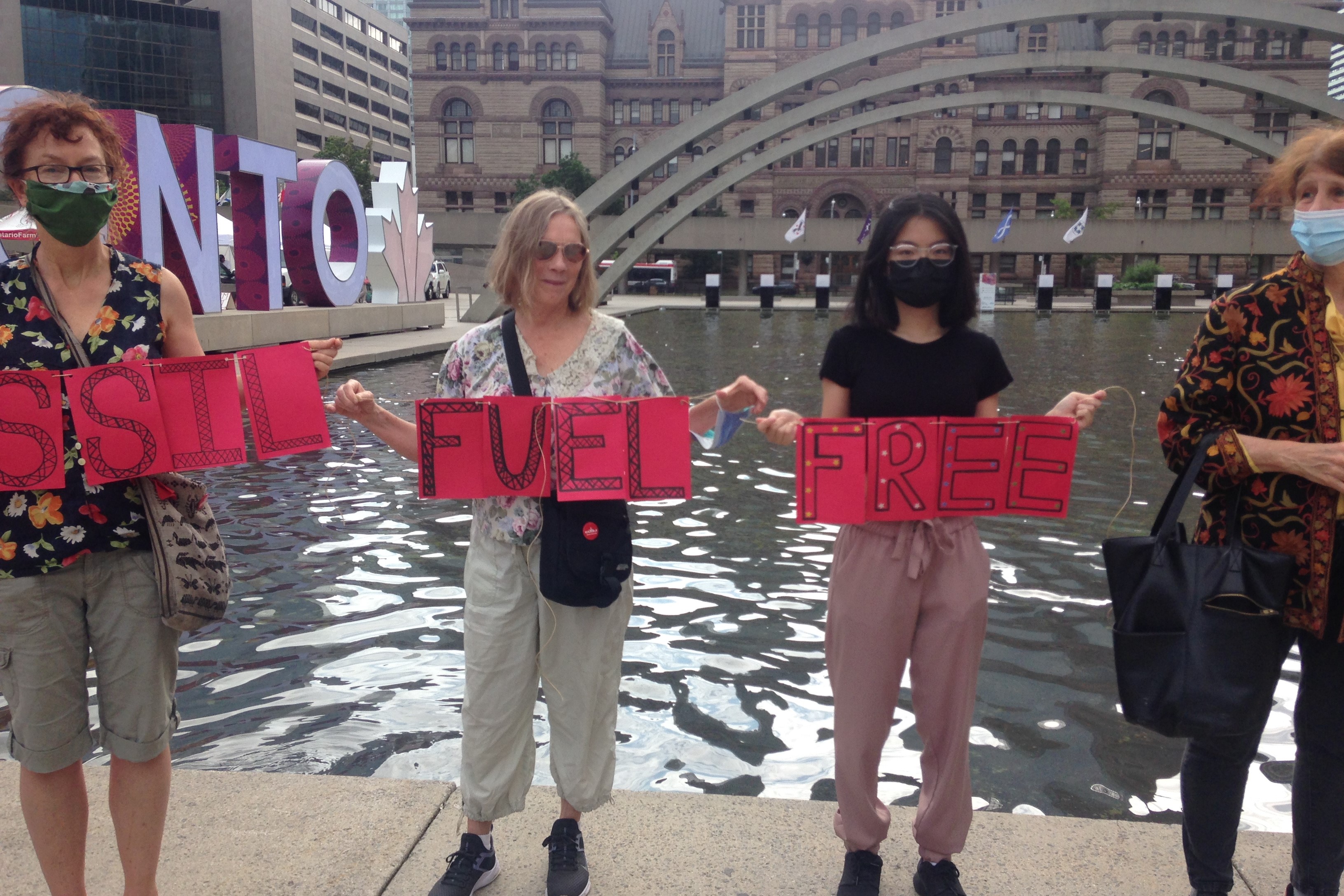 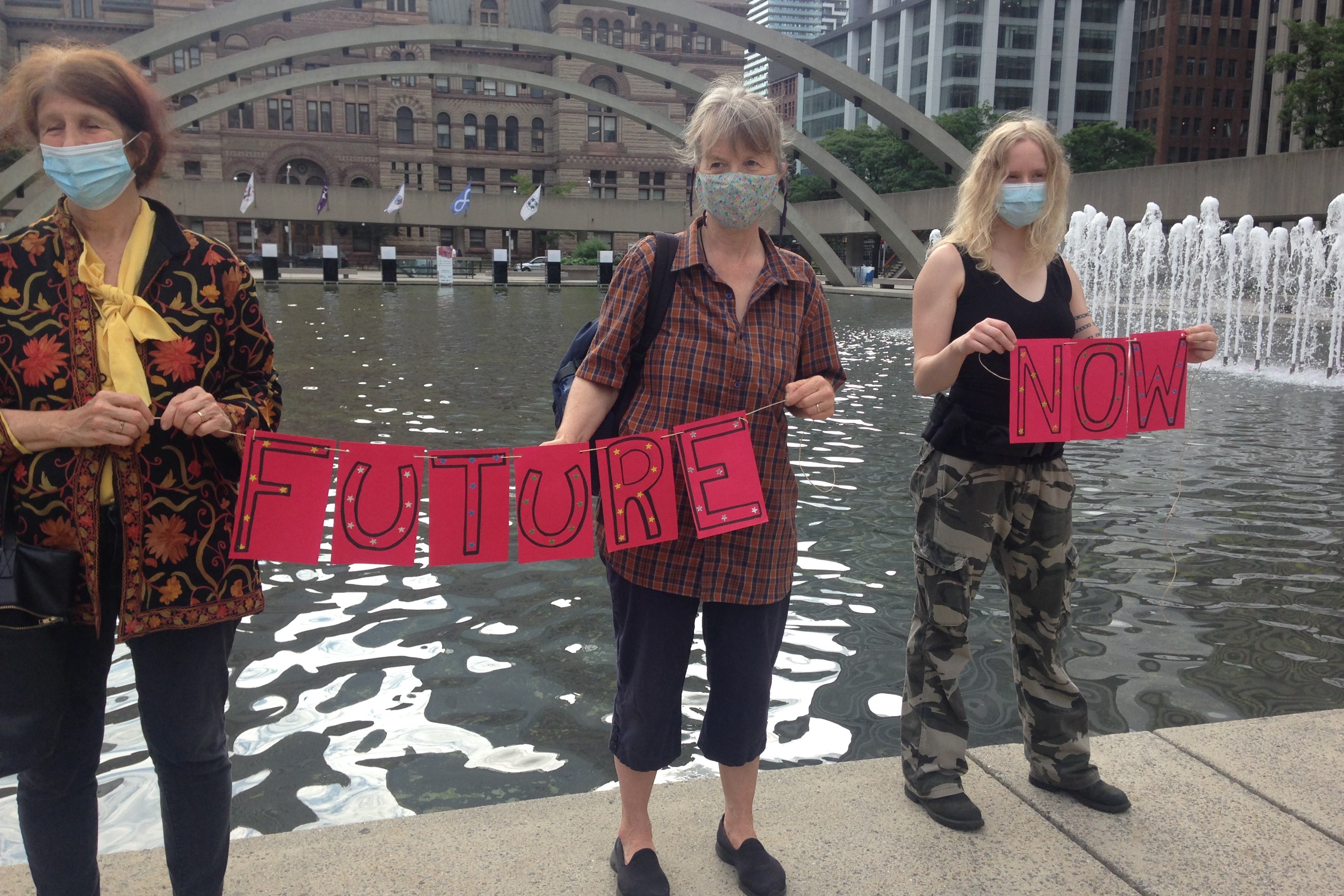 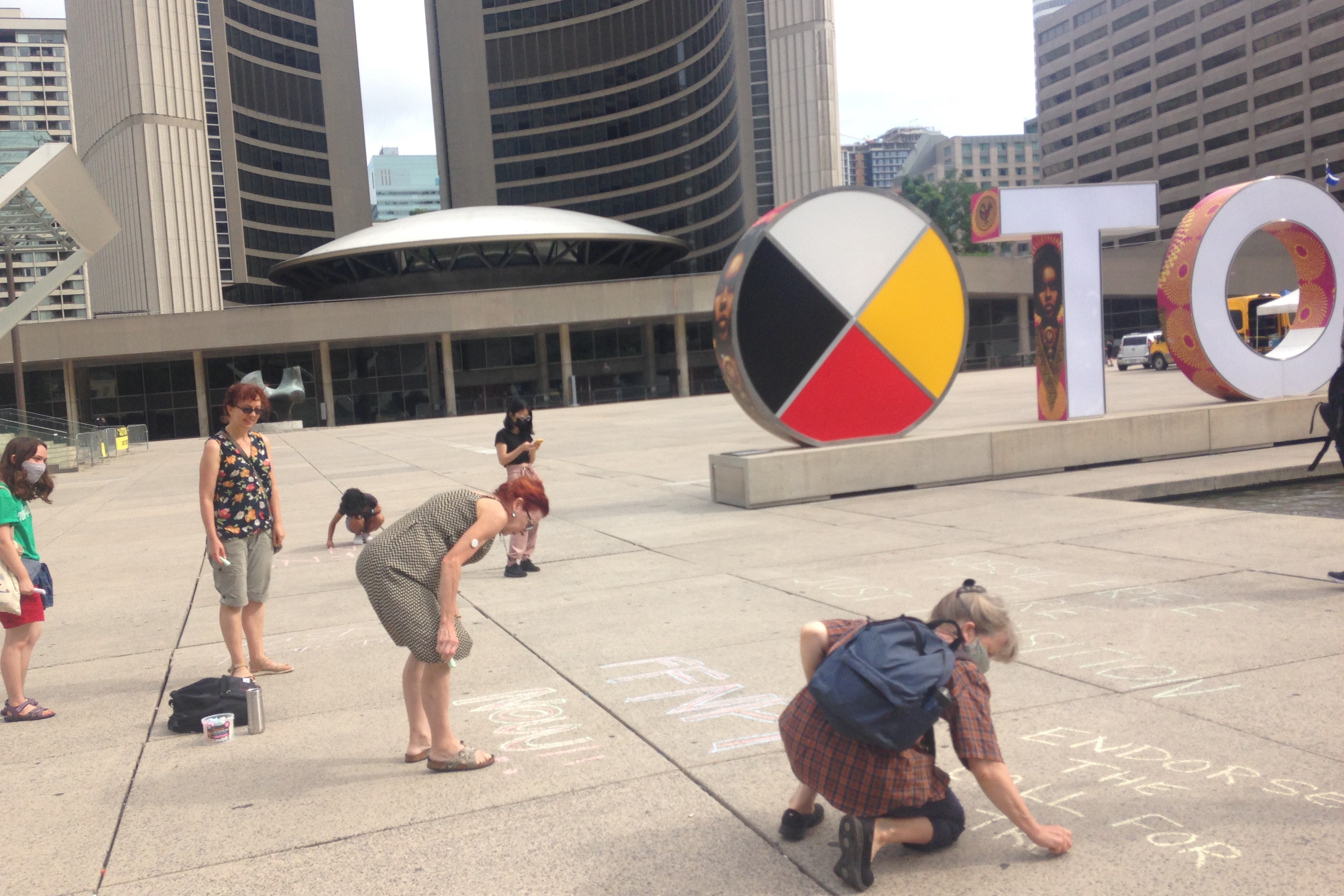 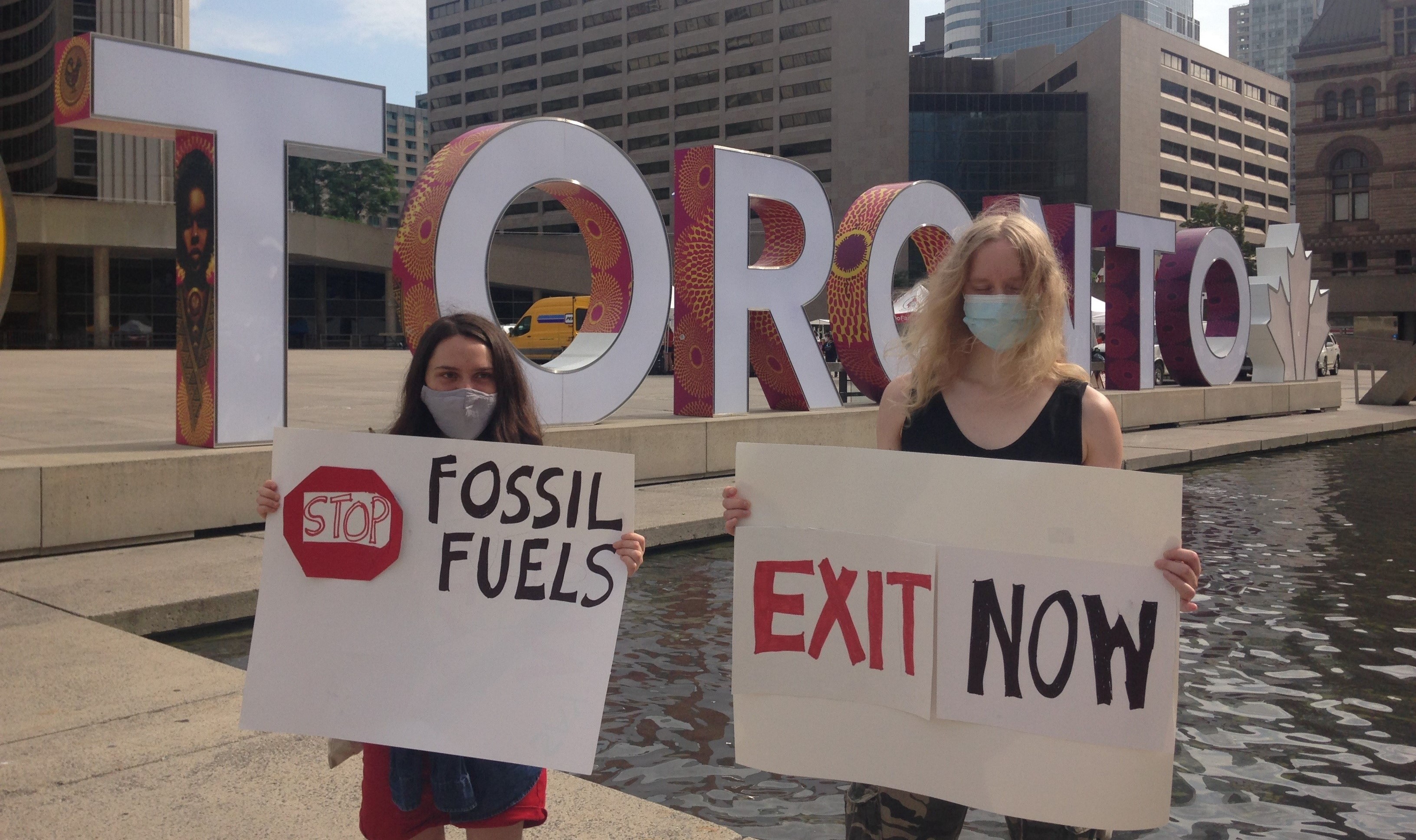 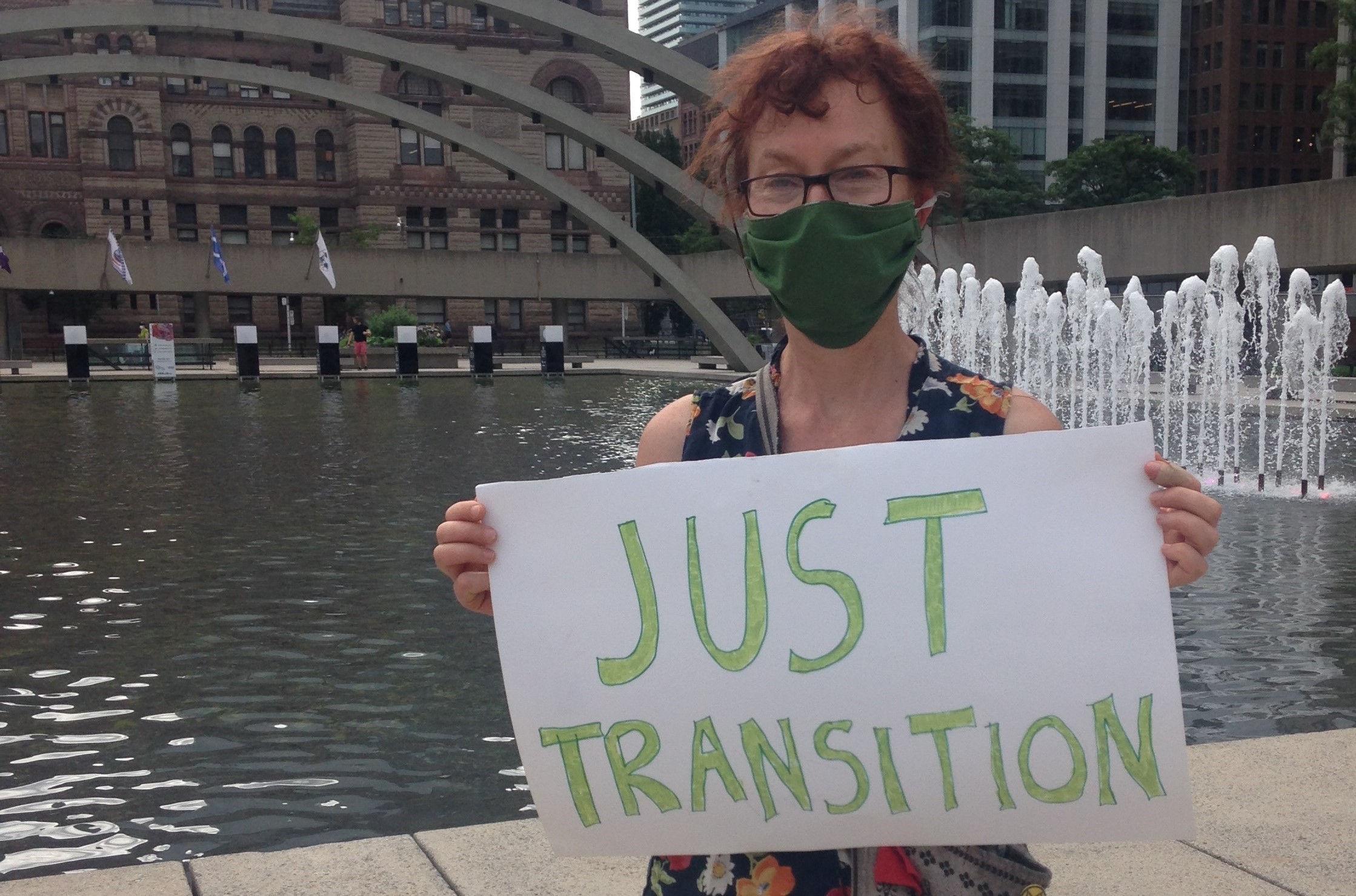 Video clips from the July 14th Day of Action

View Lyn Adamson of ClimateFast and Chloe Tse from Fridays for Future Toronto talk about why this Treaty is important, along with the group chant of "Fossil-Free Future".