ClimateFast has a long history of supporting climate action in the City of Toronto, through budget deputation trainings and other actions that play an important role in securing Council’s support for the TransformTO-Net Zero Strategy.

In the lead up to the yearly budget, the City Council Budget Committee holds a series of special budget consultations in several locations throughout the city over the course of a few days and invites residents to give deputations or “depute” about how the budget should be shaped. The City provides information on meeting locations and background on the budget process, including this 2023 Budget Launch Presentation. 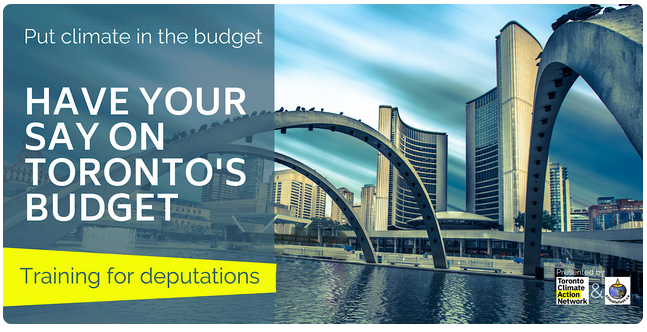 The Budget Committee held several hearings on January 17th and 18th. Several ClimateFast members took this opportunity to express the urgent need to fully fund the TransformTO Net Zero Strategy and to prioritize action on the climate emergency. You can read and watch their deputations below: 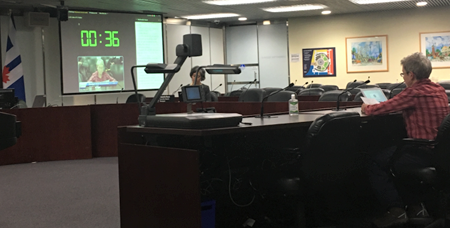 Sharon Bider of ClimateFast deputes at Toronto City Hall.  Councillor Alejandra Bravo and the video screen are in the background. 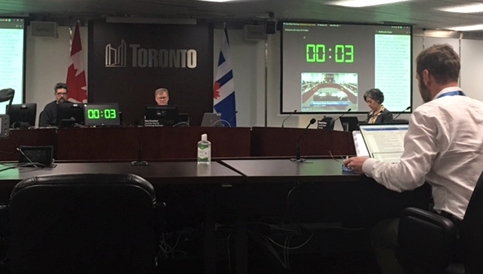 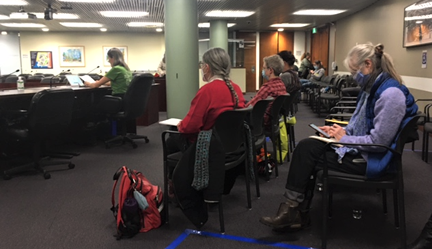