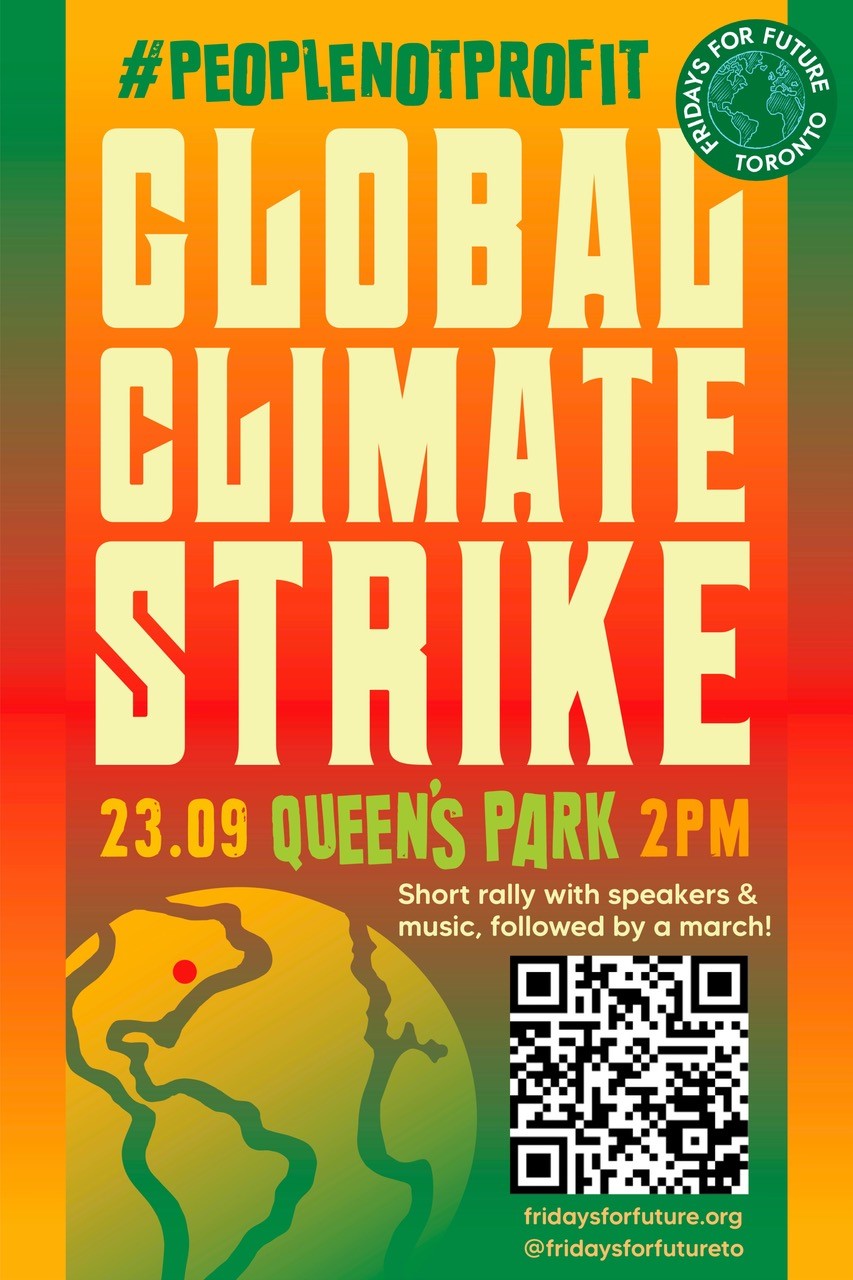 Youth lead on climate justice. Literally. This summer, Fridays for Future Toronto members (FFFTO) forgo outings with friends, days at the beach and countless other things, to coordinate the adults they’ve called to the organizing table. They are anxious about the climate crisis and determined to do something about it!

They are not the only ones. This 2021 poll shows more and more people know climate change is real and human-caused. Two-thirds also wanted more government action - a finding that has been fairly consistent for more than half a decade! Yet, only about half see the need to stop digging up fossil fuels in the near term.

This disconnect leads some of us in the FFFTO organizing circle to wonder if people know how bad climate change really is or why. Or what it’s going to take, to prevent some of the worst impacts and turn things around.

Back in 2018, the Intergovernmental Panel on Climate Change (IPCC) 1.5°C report called for a shift of “unprecedented” scale - in energy, transportation, agriculture - requiring no less than “societal transformation.” This need for transformation has only gotten more urgent.

With that in mind, many current actions don’t make sense. Case in point, after the head of the United Nations said “the truly dangerous radicals" are the ones increasing fossil fuel production, the federal government approved a huge offshore oil rig. In fact, there are plans for billions in fossil fuel subsidies for 2022.

It makes no sense that banks who invest billions in fossil fuel projects recite land acknowledgements while the pipelines they fund violate Indigenous rights and the RCMP forcefully “defend” the corporations, telling Indigenous folks living on their own land they’re “trespassing.”

It makes no sense that freeways spool out across Ontario’s green belt while heat melts tarmac in the UK. Or that wealthy countries defer promised funds to poorer countries as the Horn of Africa faces unprecedented drought with millions suffering severe hunger.

In contradictions like these, pristine lakes, untouched forests and the lives of those experiencing climate disasters come second to profit.

Climate change thrives on and indeed, is built on injustice. The need for action that addresses interconnected issues - from unfair wages to precarious housing to childhood asthma - is critical.

The newest IPCC reports reverberate with this urgency, yet they also present opportunities. With scaled up ambition, they confirm, we can harness the potential in renewable energy, energy efficiency and other actions. In fact, 18 countries already have - for ten years and counting!

Many ongoing actions undermine climate justice. By swerving toward equity, local to global, we can still manifest a world with fresher water and air, green spaces, solar and wind, healthier diets and a focus on care rather than consumption. Bonus, we can create jobs and avoid escalating costs due to climate disasters.

Bottom line, every fraction of global warming matters - in terms of lives, dollars and potential. What happens now can make a difference, but we need government, big banks and corporations to support, not sabotage, climate justice. It might be a David and Goliath story but we know how that one turned out!

Youth understand this urgency and potential. At one of the first climate strikes in Toronto, a child lamented to a small crowd that the animals in her picture books might disappear. At the strike in 2019, a child arrived long before the other tens of thousands. He followed those on the set-up crew, asking, “please, how can I help.”

Stories like these motivate us - students, workers, parents, artists, members of faith communities and more - to respond to FFFTO’s call for a fall climate rally. We are anxious too. More than that, we’re determined to do something about it!

As people come together on September 23 to push for change, as we work together beyond that date, we hope the tipping point for full-on climate justice is near.

Maybe this strike will wake our leaders who need the will to shake up the status-quo. Maybe it will call-in our neighbours, those who know something isn’t right but not how bad it really is or what it’ll take to make a difference.