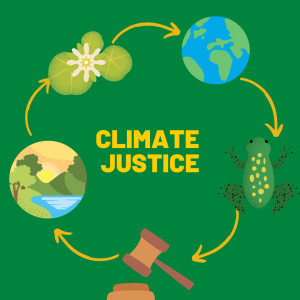 There are some things, among the varied perspectives and views we all bring to the table, that we can agree on. Perhaps basic needs and basic rights are among them? I mean, pared down, no-doubt, survival needs like clean air and water and ample food.

These are the kinds of things this post, the fifth in the series exploring the Provincial KTCC Backgrounder website, delves into. The sections in the backgrounder covered are Environmental Rule - Land Conservation and No to MZOs.

There have been a lot of changes buried in omnibus bills over the past few years that threaten to roll-back progress on climate. For example, under the guise of the COVID-19 emergency, with Bill 197, Ontario’s government made environmental assessments significantly weaker. This bill will accelerate climate-destructive initiatives like highways and urban sprawl and enhances the power of Minister’s Zoning Orders, allowing building on protected wetlands and farmland.

What's more, with this bill and others, as the auditor general points out in her environmentally focussed reports, the government has not followed the province’s Environmental Bill of Rights that legislates transparency around environmental changes and requires citizen input. See more at Environmental Rule.

When it comes to a healthy environment, one that ensures our basic rights, we all deserve strong environmental protections and transparency about whether development is being prioritized at the expense of a future we can all thrive in. This ties in with another bill and the need to say no to MZOs.

Bill 257 will allow the Ontario government to bulldoze protected land outside the Greenbelt if a Minister's Zoning Order is issued. Ordinary citizens no longer have the opportunity to speak out before a development can proceed. Such orders are usually used for emergency situations, but twice as many orders were issued in 2020 then in the previous 15 years combined! The orders overrode environmental concerns 14 times from 2019 to 2020.

MZOs have also been used to open up farmland for development. This contributes to urban sprawl  and eliminates green spaces that can act as carbon sinks and increase local food security.

The people of Ontario should have the right to a healthy environment! Transparency and accountability help ensure just decisions. The right to have input into things that will profoundly affect lives and livelihoods, health and wellbeing, is a matter of environmental justice. Empowering communities to prioritize and safeguard a livable world and the biodiversity essential to that world is a matter of environmental justice. MZOs run against those things. See more at No to MZOs.

Closely tied to the previous two sections, land conservation has been undermined by weakened environmental legislation and funding cuts, like that to the Ministry of the Environment, Conservation and Parks and to Anishinabek/Ontario Fisheries Resource Centre, which represented more than three dozen Indigenous communities that protect endangered wildlife and natural resources. Yet, taking care of the land is essential for a healthy environment.

Another cut was $4.7 million from the 50 Million Tree Program run by Forests Ontario – the program had helped landowners and communities plant trees and had created more than 300 full-time seasonal jobs, generated $12.7 million/yr and removed 19,000 tonnes of CO2.  This cut led to the destruction of 3 billion trees in a nursery. And the list goes on! See more at Land Conservation.

For the sake of families and communities, we need plans to address urban sprawl and air pollution, protect water quality and biodiversity. This means full-scale, collective efforts to protect (at least 30%) of forests, farmland, wetlands and waterways, centring Indigenous land stewardship that has gone on for millennia (Indigenous territories contain approximately 36% of remaining intact forests and 80% of remaining biodiversity globally).

A Win to Celebrate!

What: Youth Legal Case Going Forward Who: 7 youth backed by Ecojustice launched a legal challenge for the right to a safe climate Threat: the Ontario government filed a motion to strike the case and prevent it from going to a full hearing Action: youth countered the motion Win: a historic, first-time recognition by a Canadian court that climate change could violate charter rights and gave go ahead for full hearing Threat: government tried to overturn ruling Win: province’s request dismissed by Ontario Divisional Court and case moving ahead to full hearing!

Blog #1 in the series - Funds for Good

Blog #4 - An Everything Issue

Music in the video reels by "aiti-maa"