Candidates from three of the major federal political parties pledged support for the Treaty, including:

During the election campaign TeamClimate 2021 volunteers met with candidates, delivered pledge forms to candidates’ campaign offices, and reached out by email. They also suggested that, once elected, they join nationally-elected Parliamentarians from around the world in signing on to the Parliamentarians’ Call for a Fossil Fuel Free Future. Relying on contact information collected by volunteers,, we reached out to 246 candidates in 85 ridings, in nine provinces and one territory.  For most of the ridings we contacted candidates from each of the major federal political parties. 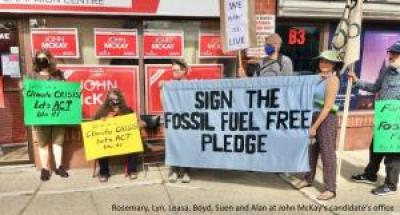 Read our media release for the national campaign.

We made banners, flyers and signs for our march. 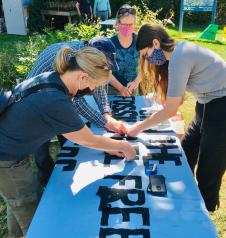 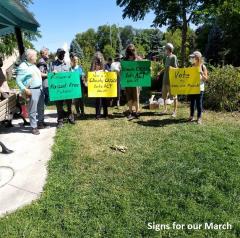 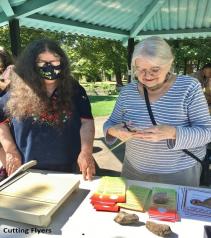 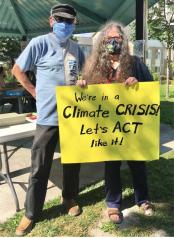 Mark Takefman took the letter and pledge into the office and gave it to an assistant. 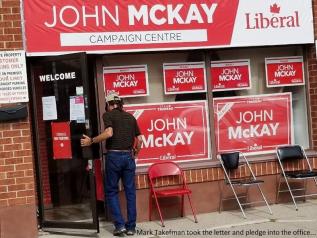 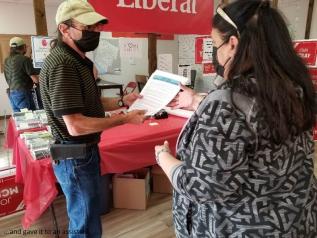 Our march on Kingston Rd. received 14 honks in favour! 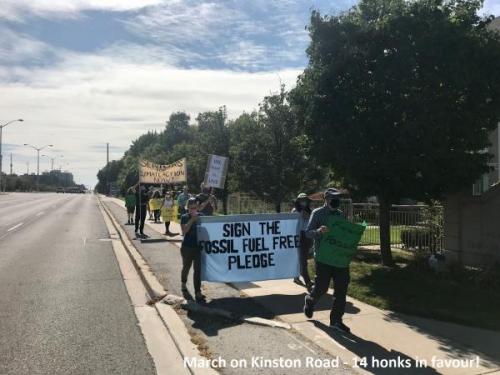