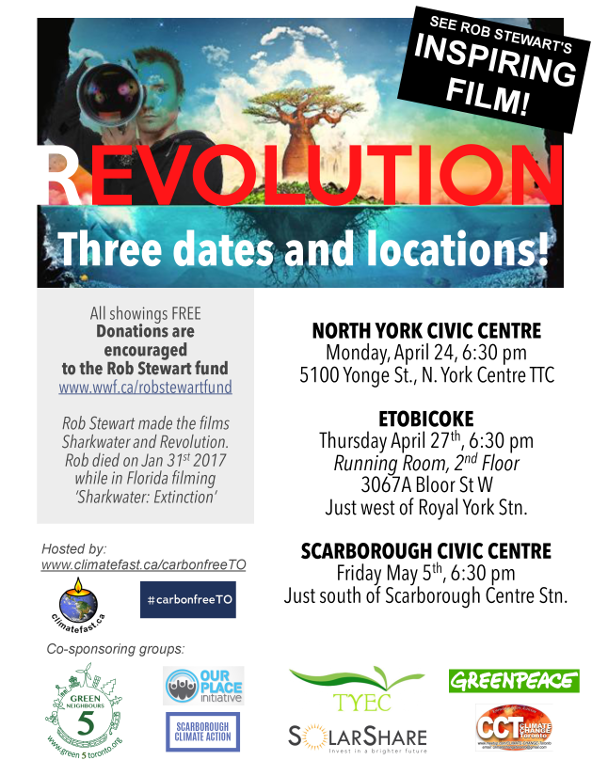 “I set out to make a film to save sharks, and I’m in way over my head. Because it’s not about sharks, it’s about us. I found out we have a decision to make, and we don’t have much time.” Director Rob Stewart

Revolution is a critically acclaimed and award winning film made by Canadian film director, Rob Stewart as a sequel to his 2007 film Sharkwater.

Stewart embarks on an amazing adventure through 14 countries in an effort to find the secret to saving the ecosystems we depend on for survival. Startling, beautiful, and provocative.

Donations are encouraged to the Rob Stewart fund: www.wwf.ca/robstewartfund

Find out about our Toronto climate action campaign 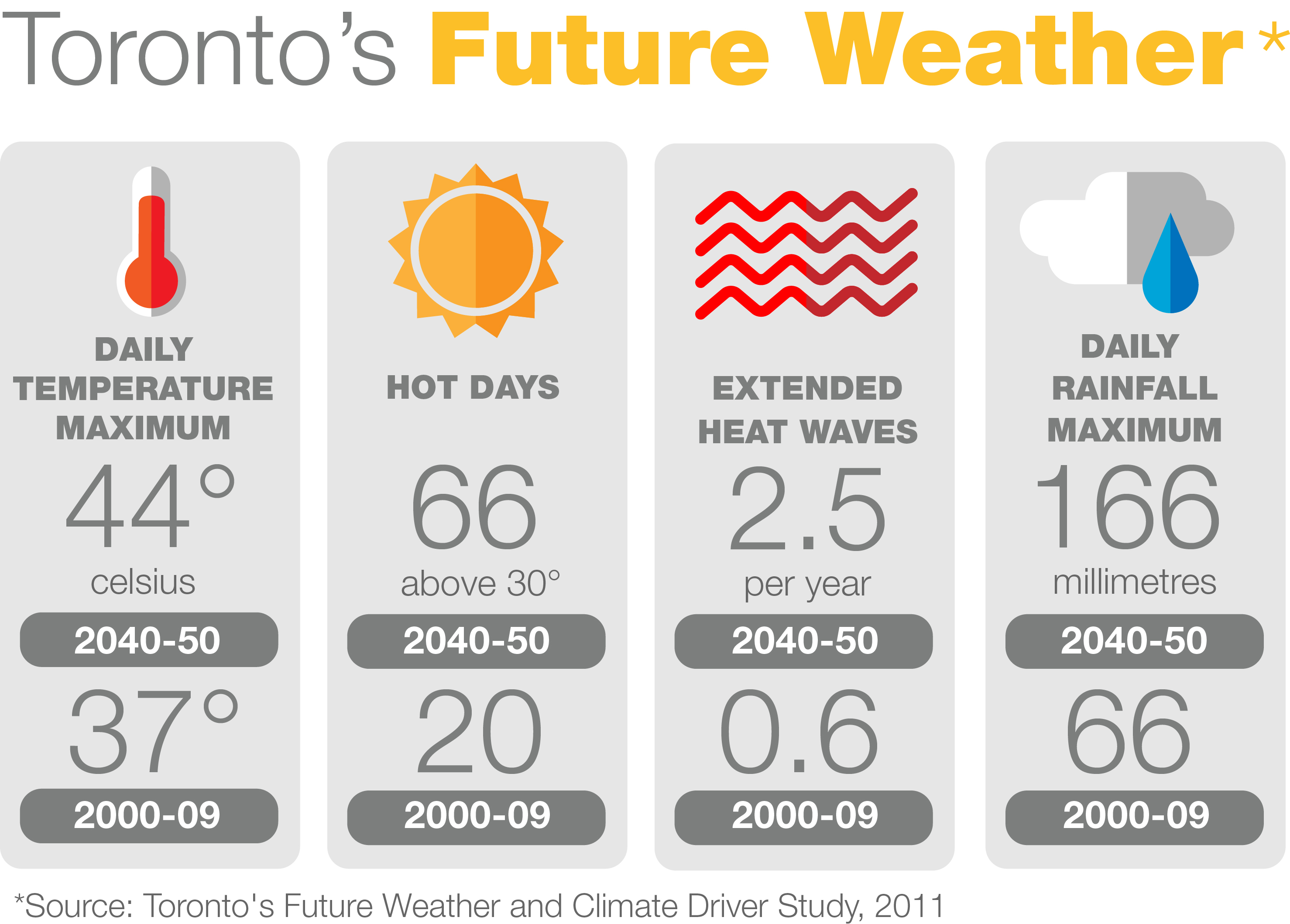 Please visit the Toronto's Future Weather and Climate Driver Study to learn more about the graphic above.