Congratulations to ClimateFast volunteer Mark Shapland for running the May 1st Toronto Marathon of 42.195 km, in 3:24:30, beating his goal of 3.5 hours. This run was also a fundraising campaign for the youth documentary film, 1.5 Degrees of Peace, by Kasha Sequoia Slavner. Over the course of 54 days, (March 23rd - May 15th), 48 donors raised $3,500 to hire a camera operator and the upcoming production shoot, at the Stockholm +50 Conference.

Mark send the following letter to his supporters, in which he summarizes his experience:

I ran the Toronto Marathon on Sunday, May 1st, my first in-person race at that distance. It was a beautiful morning, starting at 7:30am to run the 42.195km. It was thrilling to run alongside 1,638 other runners and challenge myself to a new goal of running under 3.5 hours. I had the slogan 3.5 for 1.5 stuck in my head throughout. I had friends and family members cheer me on from the sidelines at different points along the race.  I completed the race in 3 hours 24 mins and 30 seconds. It felt special to do a run, in a goal time, and beat a previous personal best by over 20 mins, but it felt even better to raise some financing for Kasha's film, to spread the word and share it with others. + I got to meet Kasha and her mom Marla at the finish line!

Running is a beautiful, strange sport, where ultimately on race day, it's just up to you and your body and mind, and what you can accomplish. But in reality, it's a secret team sport, all of the people you run with, who support you along the way during training, those who provide water and electrolytes during the run and those who cheer on from the sidelines. And building a small network around this specific race around a film I really believed in, felt like I had each and every donor running beside me, blocking wind, keeping me motivated and pushing me forward.

I wanted to note that, over the course of the run, there were multiple aid stations run by Ukrainian groups, all with flags, playing Ukrainian music, people singing along, and signs that said "Be brave like Zelenskyy", and "Run to make Zelenskyy proud". As the war rages on, one that's funded by fossil fuels, we aim to make peace and have a just transition to more sustainable forms of energy. Kasha's film is urgent, and it all intersected at a water station along the marathon route.

I want to deeply thank all of you who donated, shared and read about the film/campaign - the support for me and the film means a lot.

Once again, if you want to stay updated on the progress of Kasha's film, you can sign-up at the bottom of this page: https://www.1point5degreesofpeace.com/ 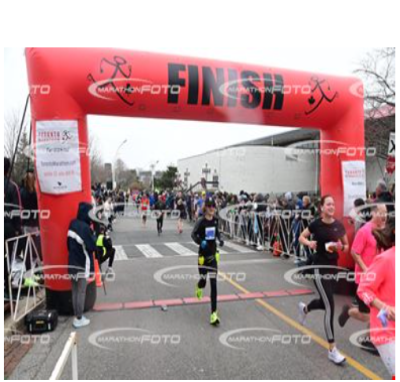 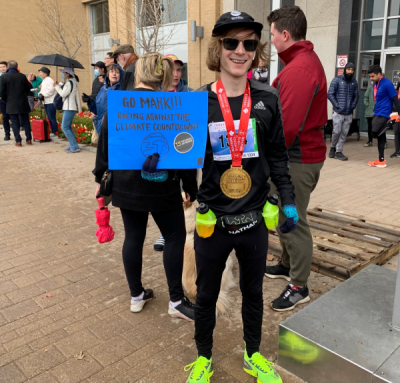 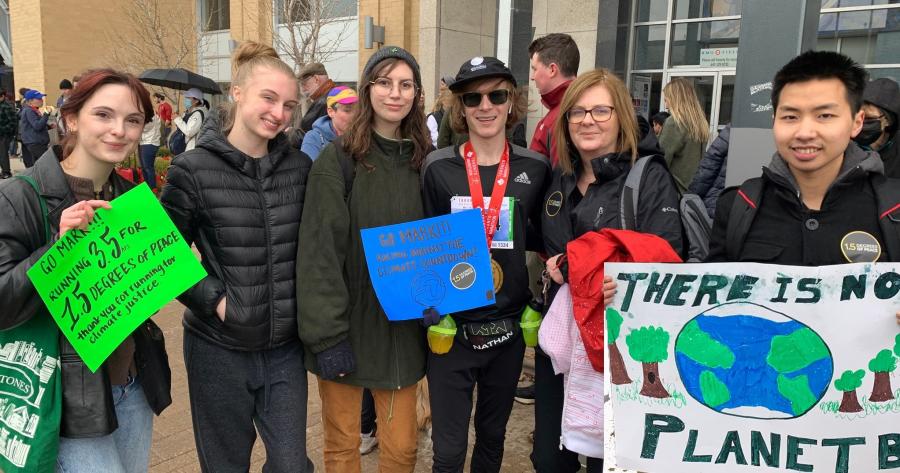