Valentine's Tea for the Mayor: Put Climate in the Budget
Thank you to Nadine MacKinnon for filming and editing all on the same day. 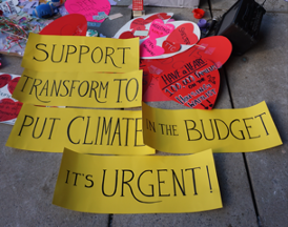 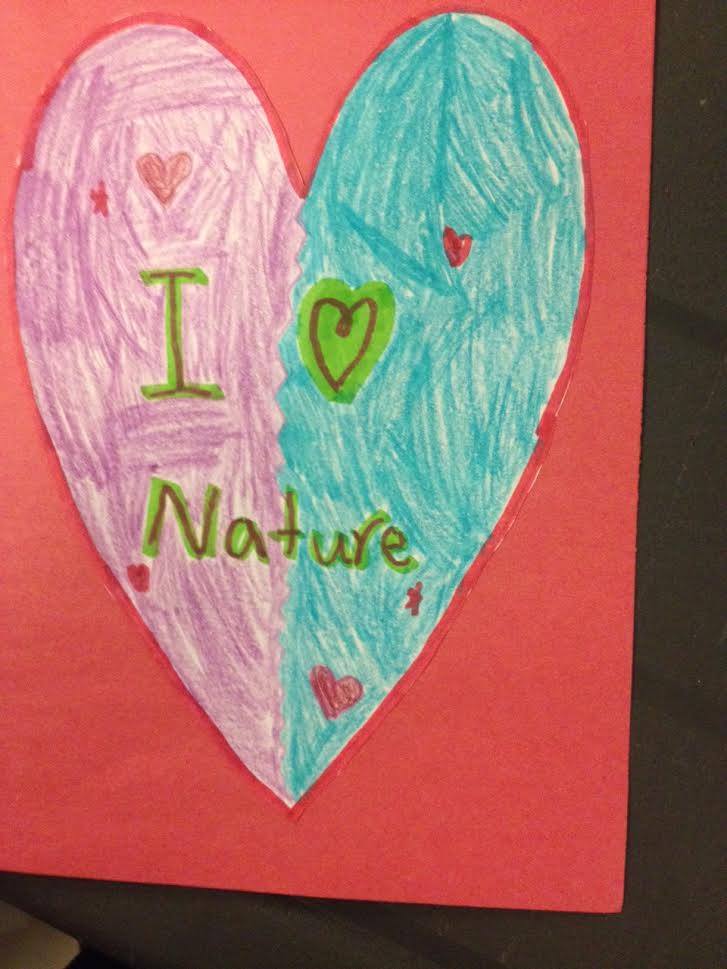 Mayor John Tory spoke at a press conference outlining his priorities for climate action following the COP 21 meeting in Paris, Dec 2015.  Let's urge the Mayor to fund this vision. Listen to the Mayor or read the Mayors' Paris Declaration.

For the first time ever Toronto City Council has designated funds to combat climate change. TransformTO, the climate program of the City’s Environment and Energy Division, developed 8 initiatives, at a cost of $1.6 million, to kickstart the City’s actions toward a goal of 30% reduction of CO2 emissions by 2020, and 80% reduction by 2050.

TransformTO is a new program and as such was fighting against the City’s austerity approach that was calling for cuts across the board . On Wednesday Council adopted a budget funding three of the programs for a total of $330,000, or 20% of the funds. Many activists sought to see the full funding of $1.6 million voted in by Council. A grassroots campaign encouraging constituents to contact their councillors in support of full funding nearly carried the day. However the effort fell short by 2 votes in a 23-21 decision .

Still the motion garnered strong support from across the political spectrum.

“People in my ward are very affected by climate impacts, including flooding” said Councillor James Pasternak, representing the City’s north end, “My constituents care about this issue”.

“The City faces 44 degree days, 66 days of the year, and extreme rainstorms in 2040 if CO2 emissions are not drastically cut internationally’’ said climate activist Sharon Howarth. “Toronto needs to do its part. Insurance companies are well aware of the cost of climate inaction and it’s something our councillors must address.”

On Monday before the vote students of Thorncliffe Park Public School brought Valentines expressing their love for nature, for the city, and their concerns about climate change to City Hall for the Mayor and their City Councillor, Jon Burnside.

But despite the Valentines’ which were also delivered to Mayor Tory’s office, more than 700 signatures on petitions, and Mayor Tory’s own Paris statement committing him to climate action Mayor Tory voted against the motion to extend full funding for TransformTO. “This was a missed opportunity, but we are hopeful for the future” said Rosemary Boissoneau. “It’s a historic first step for our city.”

References on impacts of climate change 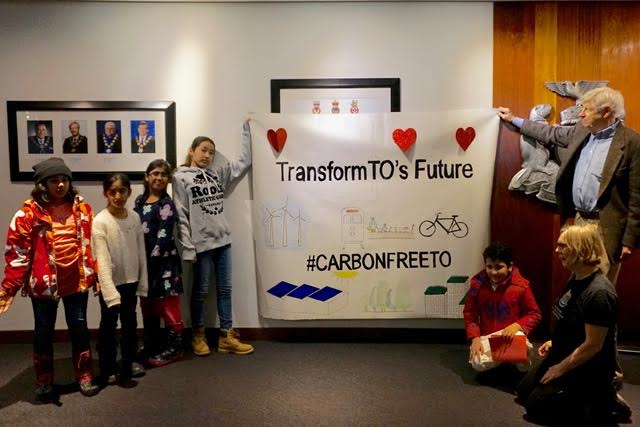 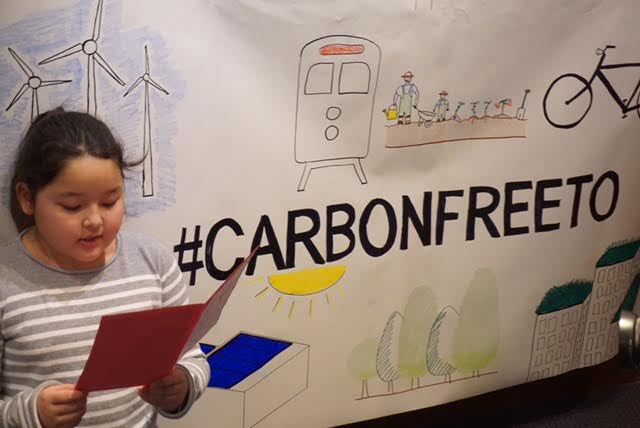